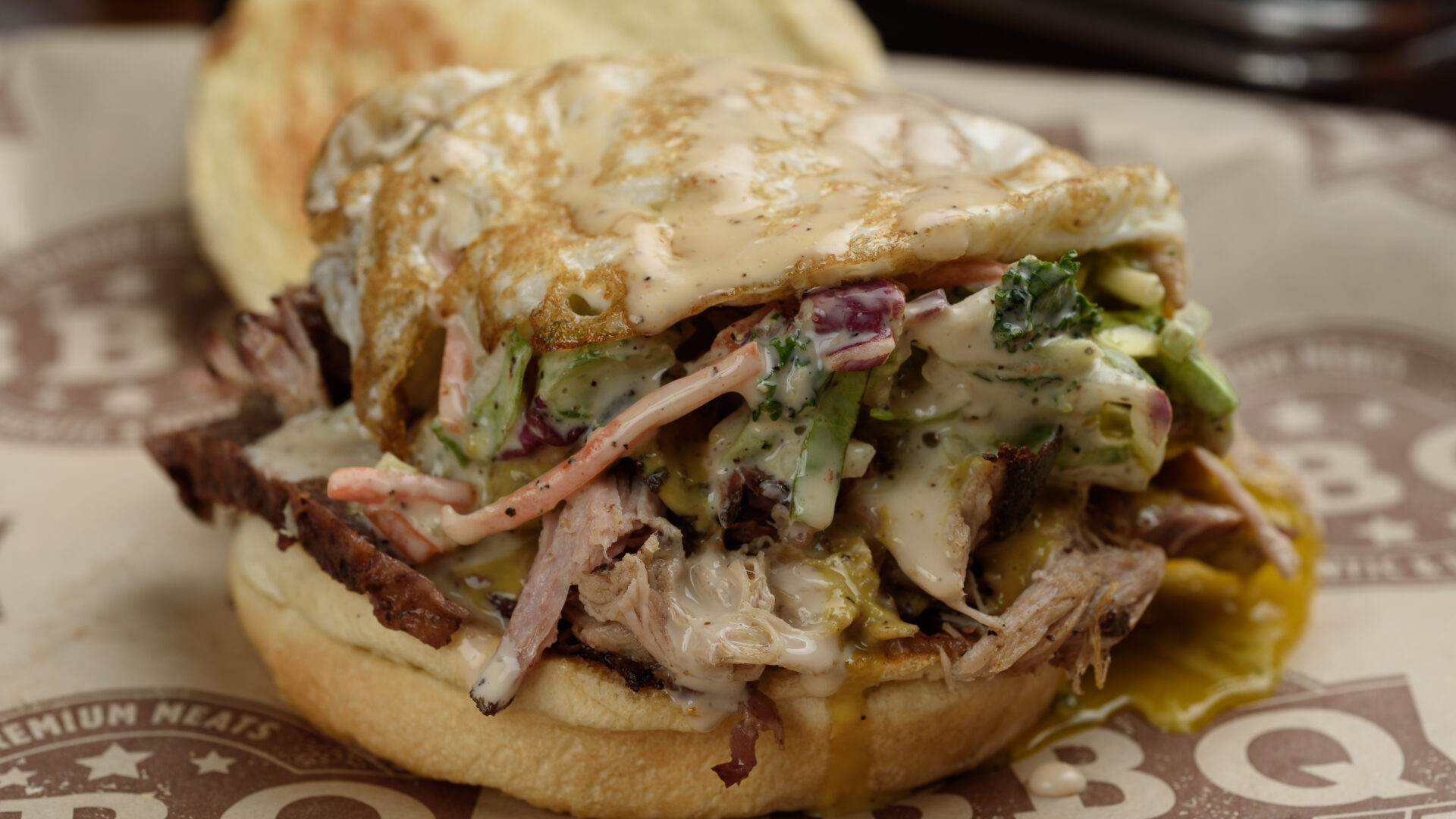 One day he decided to step it up a notch, go into “The Lab” and try his hand at creating his own variety of sauces!  Once he started with his first sauce, Bussin, in 2014, a name he got from a young man after he tasted the sauce, there was no stopping him!  Big Bull currently offers seven signature sauces.

One Sunday morning in October 2014, Big Bull and Mama Bull, set-up at the corner of Hard Scrabble and William Harden road and sold fried fish and bbq.

The next week, Big Bull set out to find a location to offer some of his personal style of BBQ.  After riding up Hard Scrabble Road, he rode past our current location, an old building on the side of a very busy road.  He found the owner and asked if we could sell food at the location, in front of the building.  The owner agreed and we sold meals every weekend, for a few months.

After a few months of selling meals in front of the building, we decided to try our hand at opening a restaurant.  After countless “No”,  “That will cost $10,000”, “I have completed my part of this job, you have to contact a specialist ($$$)”,  We saw God’s hand, over and over again.  We started this process with limited funds.  He guided multiple contractors to bless us with their services, at awesome rates.

After months of saying on our FaceBook account “Two More Weeks”, we were finally able to open on April 17, 2005.  We had no idea what we were signing up for.  Boy, the stories we could tell you!  There is no way to tell our story in this format, only a book could do it justice.

Edit:  On November 30, 2013, while on a date, Mama Bull told Big Bull he should open a restaurant.  His reply, “No, No…absolutely, no!  That’s like having multiple kids and five additional children!” LOL.  I had no idea how right he was.

April 17, 2015, we started this adventure.  There have been MANY twists, turns, heartaches, long nights, night sweats, etc.